LANCO continues to pave its course after the success of their 2x PLATINUM multi-week radio chart-topper “Greatest Love Story” and critically acclaimed GOLD hit “Born to Love You.”  The five-man band’s No. One selling debut and coming-of-age album, HALLELUJAH NIGHTS, made LANCO the first Country group to debut on the Billboard Country albums charts at No. One in 10 years with their coming-of-age album. Now they have dropped two irresistibly nostalgic tracks “Old Camaro” and “What I See,” which serves as their new single at Country radio. Revealing another layer of LANCO, they fuse together a modern twist on sentimental hometown memories combined with a fresh mix of organic sounds. The new music from the ACM “New Group of the Year” follows multiple nominations from the CMT, CMA, ACM, AMA, and iHeart Awards, while Lancaster became the first member of a group to ever win NSAI’s “Songwriter/Artist of the Year.”

Tickets are on sale now.  Ticket prices for VIP reserved seating range from $20-$30.

Performing on Saturday of the Fair is Brantley Gilbert who lives in Jefferson, Georgia rather than – like so many country stars — Nashville. It’s not that he’s not serious about his music, or his career, but somethings run deeper. Or as he sings in “Grown Ass Man” from his platinum Just As I Am, “I got a home.” That home is rich with life, truth, friends, history – and those are the raw materials that have made Gilbert one of only four country artists with back-to-back platinum certified albums.  For Gilbert, who’s done USO Tours, put together and headlined a benefit show for 80,000 on the river bank in Chattanooga after a sniper killed 5 servicemen at a recruiting facility, met with countless Make-A-Wish kids and wrote the #1 “One Hell of an Amen” to celebrate a life lost after a hard fight to cancer and a pair of friends – one who died in the other’s arms – in the Middle East, it’s how we hold each other up that matters. It’s also what made The Devil Don’t Sleep take so long – and be so large.

Tickets are on sale now.  Ticket prices for VIP reserved seating range from $30-$40.

There’s not a bad seat in the house!

For questions about what is or is not allowed on the grounds, please check out the FAQ page here. 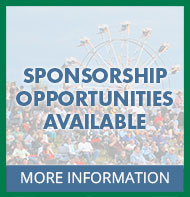